The patient was lying on the operating table. After the body was anesthetized, it could not move and the knife edge was still open. Under such a passive situation, the doctor asked what kind of non-discretionary requirements the patient would agree. In fact, there is no room for negotiation. It has to be said that doctors have taken this opportunity to be very accurate, and only when the scalpel goes down, will they be notified, so that the patient can only passively accept it. The scalpel at this moment has simply become a threat weapon on the patient's neck. Besides, if you offend the doctor, who knows what kind of moths will be regenerated during the operation? 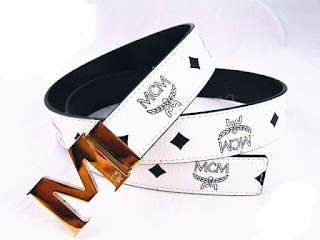 Why does the surgeon doctor dare to “increase the price of a knife” during surgery ? On the one hand, doctors are absolutely in a strong position during the surgery. If the surgery is stopped, the patient’s health will be worrying. Obviously, no patient dared to take this risk. Moreover, after the signature was drawn, holding a knife and increasing the price became a voluntary patient. Even if the patient complains after the operation, there will be no evidence and it is unreasonable. With such low costs and high returns, why not? On the other hand, doctors' surgery to increase the price of a knife is mostly focused on surgical operations such as prostate, sexually transmitted diseases, replica mcm belt and cosmetic surgery. In many cases, even if extorted, the patient will face the face and choose to endure. This also encourages the doctor's guts of “increasing knife prices”.

If the patient goes into hospital for treatment, he will give his doctor his life and health. And such acts like this holding a knife and increasing the price are tantamount to robbery. They use the patient's life safety as a bargaining chip to earn black money. This is a doctor's duty to save lives, but it is used by some unscrupulous doctors as a tool for profit. It not only hurts the health of the patients, but also disregards personal morality and the doctor's image.
Posted by Rebecca Wright's Blog at 7:13 PM